Back to Our People
Started at Berg: 2013 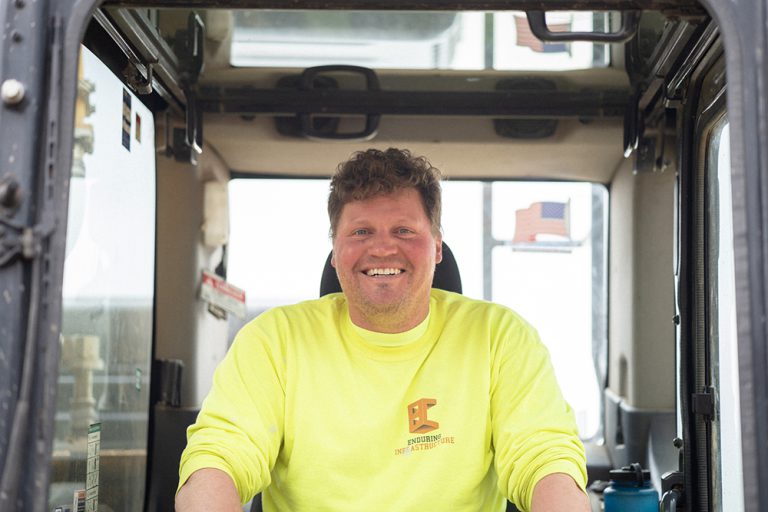 Justin joined Berg Construction in November 2013, and he is an operator for our landfill crew. He possesses diverse skills that allow him to operate every piece of machinery we use at landfills. Justin came to Berg with a varied background. He started doing carpentry in high school. After graduation, he switched to electrical work, then painted houses before working in maintenance for an NHRA-affiliated drag racing strip.

His favorite aspect of his job is overcoming the challenges he faces on a daily basis, and he always loves operating heavy equipment. Justin also values the friendships he has with his co-workers. He appreciates how working in landfills “has made me more environmentally conscious, just seeing the amount of trash that comes into these places. I think on those levels a bit more than I used to.”

Justin has known the Berg family since he was ten years old. They grew up in the same church and have been friends ever since. “I’ve always felt that if anything serious came up in my life, they would be there for me to help out in any way they could,” Justin says. “They trust their employees, and we trust them back.”

Justin has always looked up to his brothers. His older brother is a pilot who is “no-nonsense” and “says what he feels,” while his younger brother “always knew what he wanted to do, and has always known how to get it done.” Overall, family is Justin’s life. He’s been married since 2010, and he has a son and a daughter. As a family, they enjoy riding bikes, watching movies, and just hanging out. When Justin has time to himself, he enjoys photography.