Back to Our People
Started at Berg: 2015 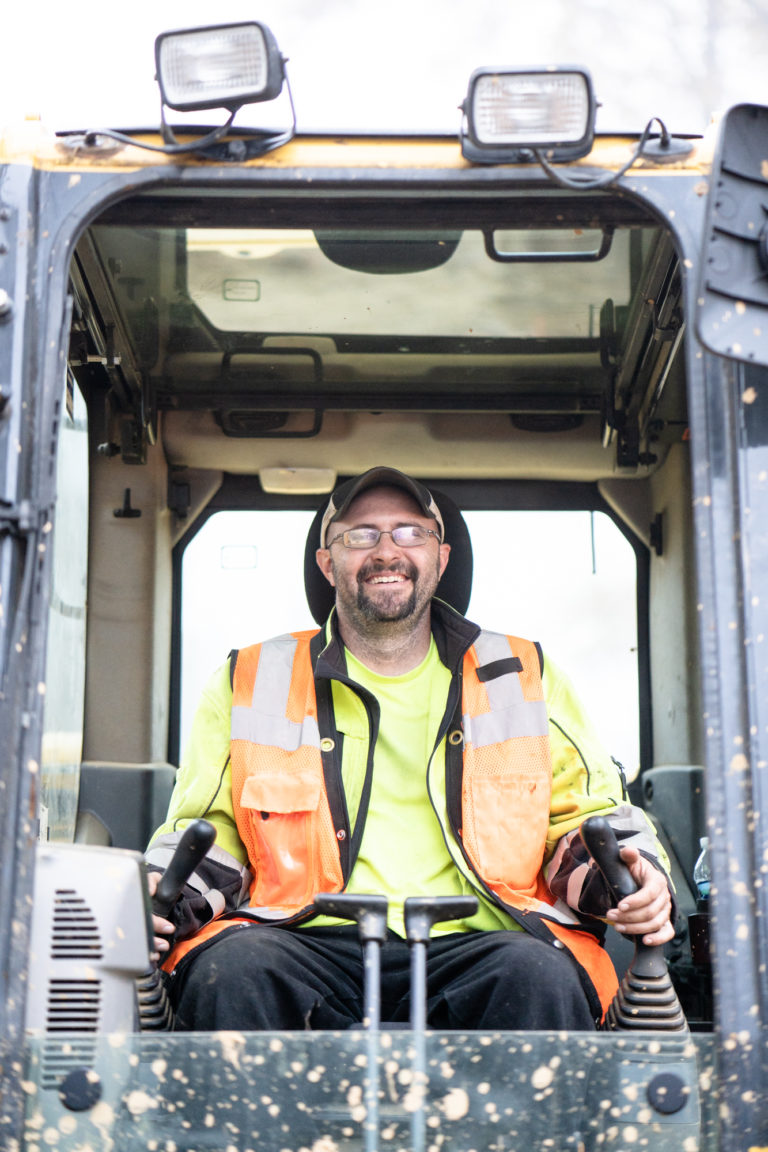 Joe joined Berg in May of 2015, but he’s been around equipment all his life. His granddad ran an oil delivery company and his father owned an excavation business for over 30 years. Joe was an official employee of his grandpa’s, then his dad’s company, before leaving in 2012 and joining Berg a few years later. To this day, Joe looks to his father, his stepfather, and his father-in-law as examples of people whose footsteps he wants to follow.

A Pennsylvania native, Joe grew up in the Reading area, earning his stripes within the family businesses while gaining useful knowledge in building construction at Berks Career Tech center.

Joe’s familiarity with construction makes him an awesome foreman. When he runs a job site, he’s hands-on. He operates equipment, wields a shovel, and jumps in to do whatever is necessary to get the work done.

A big fan of the fact that his work changes every day and he gets to “play outside,”  Joe runs a strict operation. Making grade and working safely are non-negotiables.

Joe loves being a part of the Berg family and would tell the younger generation interested in construction, “don’t be afraid to get your hands dirty. This industry isn’t for the faint of heart, but you can make a great career out of it starting straight out of high school.”

In his free time, Joe likes being with family and friends and riding his motorcycle.