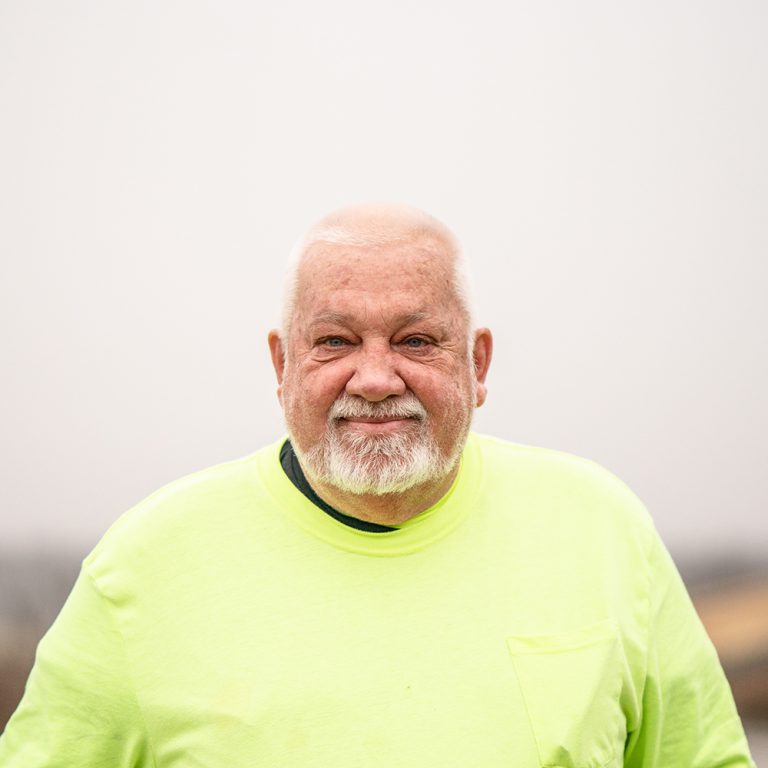 “They call me a supervisor, but I usually just say I’m a foreman.” That’s Gary Rambo in a nutshell: decades of experience, willingness to teach others, and genuine humility.

When he came over to Berg in 2017, it was specifically because of the 18 years of landfill experience he had.  Landfill work is a whole lot different than working on buildings, highways, or parking lots, and we needed someone who could run the jobs and teach others.

Gary likes working for a family-owned business. His wife passed away a few years ago, and he spends as much time as he can with his grandchildren.  “They keep me going,” is how he puts it. He enjoys coming to work and seeing his crew putting a liner on a landfill with big smiles on their faces. He says he’s been lucky with the young people who he’s got on his team, and he wishes more people to know they can come into the industry without much more than a great attitude and learn by experience what they need to make a good living.

When he first started in the industry, Gary was mentored by his boss, John. Gary was just a kid at the time, and John taught him a lot and allowed him to grow into what he (Gary) wanted to be. “He would yell at me every day, and he fired me six times in my first year. Seriously! [laughs]. Every time he fired me I would go into the office and start putting my tools away, and he would ask me, “what are you doing? How do I get you to stay?” He was a different breed. He yelled a lot, but he was so proud of us whenever we finished a job.”