Back to Our People
Started at Berg: 2004
ford@bergconst.com 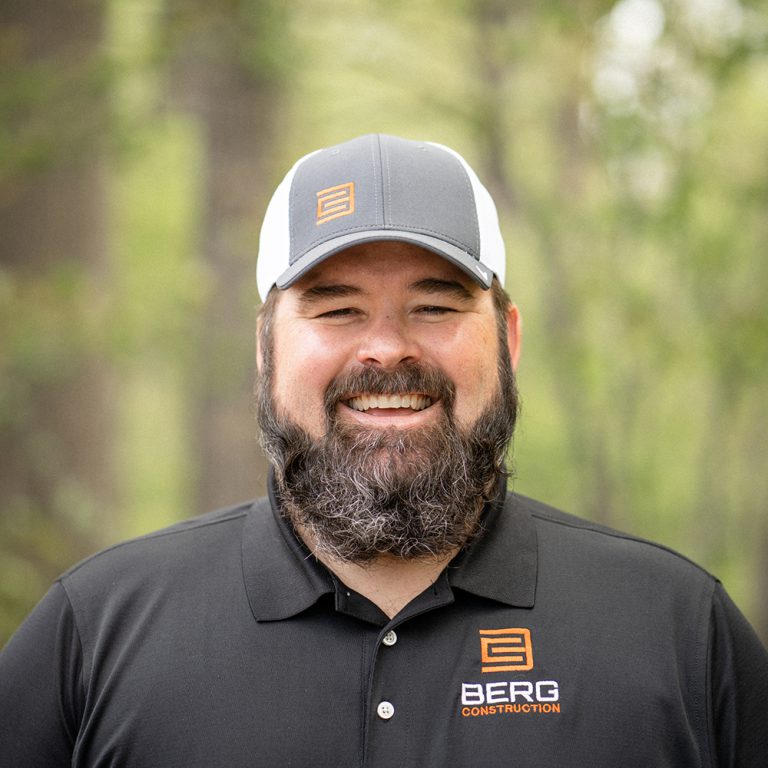 Modest to the extreme, Berg’s founder, Ford Berg, prefers to keep his head down and focus on his work. However, he knows as a businessman that keeping silent won’t suffice for what’s on the horizon for Berg. For that reason, Ford has taken the pains to organize and brand Berg Construction to prepare for a future of growth.

To build the business has required sacrifice, as Ford knows first hand.  After ten years of developing Berg Construction, Ford is taking time to nurture his own family.  He and his lovely bride proudly welcomed a beautiful little girl this last October.  He leads by example when it comes to his teams–he doesn’t expect anything from others that he wouldn’t give himself.

Unique is an apt description for Ford, as well as Berg Construction. Berg is known for its teams’ total autonomy, and that idea comes straight from Ford himself. Ford realized early on that to hire people just to look over their shoulders was a massive waste of time. So he finds trustworthy people with great experience and gives them the freedom to make decisions. He offers minimal interference but plenty of support. At Berg, he’s got a reputation for being uncommonly generous.

Ford began his education in the family land-clearing business, operating heavy equipment while learning how to talk to owners and subcontractors. He went on to do environmental testing, employing friends for jobs that required more manpower than he could do alone.

After working for several years, Ford went to college to study criminal justice, thinking of pursuing a law enforcement career.  Toward the end of university, Ford realized he already had the seeds of everything he wanted. That weekend, just a few credits shy of graduation, he bought a backhoe and began what would become Berg Construction. Now, Ford lives about five miles from where he grew up, putting his energy into the new “family” business–the one his whole family works for–Berg Construction.

At Berg, construction is so much more than moving dirt. It’s building a business that can support people year after year for decades to come.  For Ford, that means not only working but enjoying the occasional sunny trip with his family or playing a round of golf.

Ford has made a lifestyle out of learning about business and construction, and he’s put in the time to lay a strong foundation. He’s always got one ear to the ground for great people and great ideas.  Because of the autonomy and respect he gives to others, they’ll surely continue to come.