Back to Our People
Started at Berg: 2015
bryan@bergconst.com 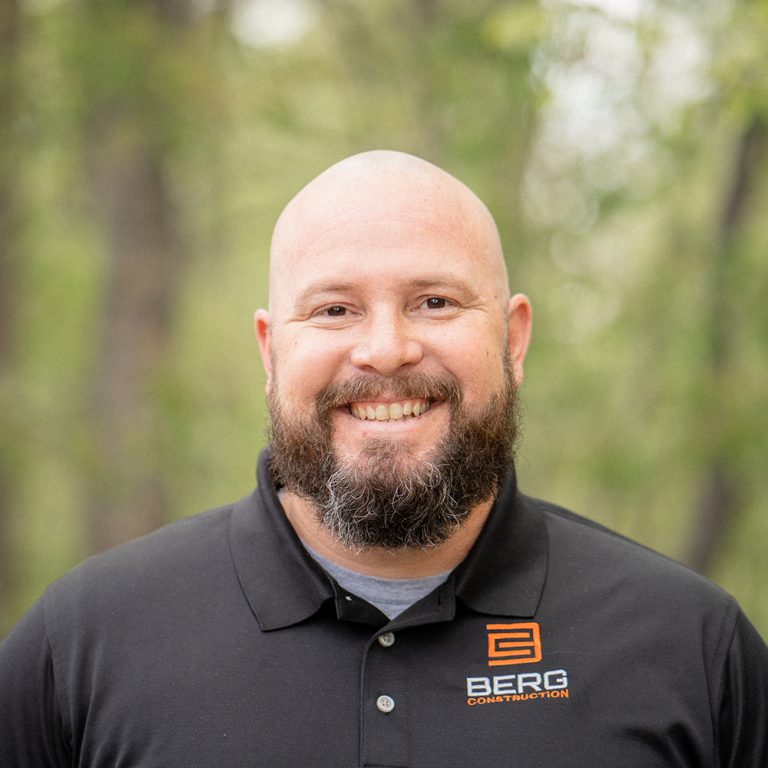 Bryan’s path to construction is more unusual than most. His career technically began in finance, where his first banking job was in the bank’s maintenance department. After he got into their management training program, he graduated from pushing a mop to becoming a small business relationship banker, which is how he met Ford Berg.

It wasn’t until 2015 that Ford convinced Bryan to come on board with Berg full time. Bryan’s the kind of guy who takes total ownership of his actions and decisions, and that’s what Ford saw in him when he asked Bryan to join Berg. For Bryan, the challenge of the free reign to succeed or fail in his role, and the accountability or reward for a job well done, is a valuable part of Berg that you don’t find just anywhere.

Bryan is married and has three children and three fur babies (of the canine variety). He enjoys staying active with his family and is a huge music lover. Every year he helps out with a local music festival, and he always has the perfect soundtrack playing.

One thing people notice about Bryan is that he’s a natural teacher. He’s got a gift for coaching, and he’s been a mentor to folks coming up at Berg.