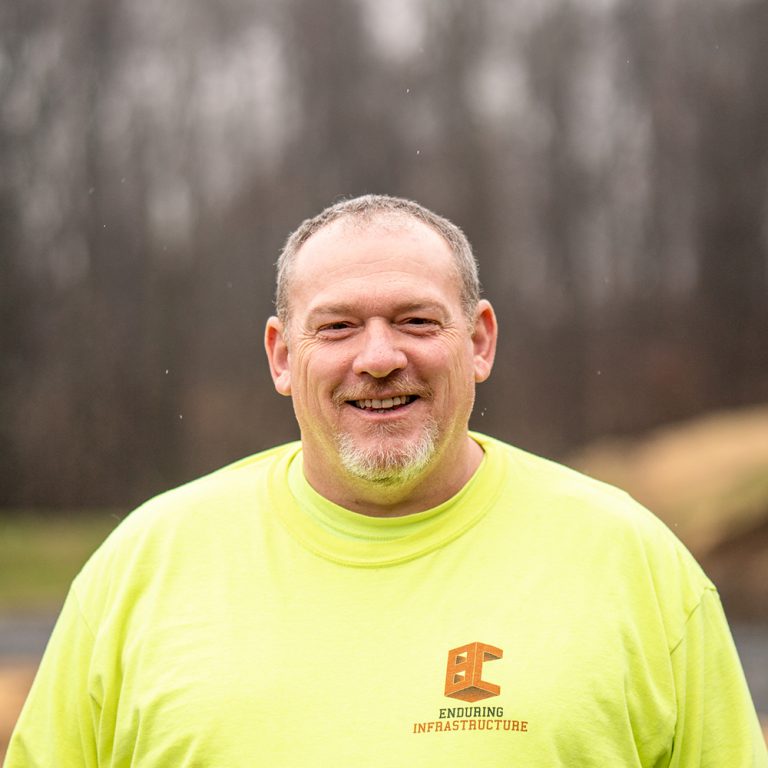 Scott came to Berg Construction in 2019 as a site superintendent. His responsibilities include managing the equipment, personnel, and subcontractors on his assigned job site. Scott got started in his career as a mechanic right out of high school but switched to construction quickly. When he joined Berg, he already had 28 years of experience in our industry.

Before Scott joined the Berg team, he worked as a site superintendent for other companies for more than a decade. His previous position before that was as a pipe foreman. Scott likes “being outside and playing in the dirt” and enjoys seeing the results of his crew’s efforts every day in the field.

Scott appreciates working with Berg Construction because “they never micromanage me like some of my previous employers have. They allow us the independence to manage our projects and prove to them the responsibility they gave us was deserved.”

Growing up, Scott looked up to his parents. His mom was a secretary, and his dad was a foreman in a steel fabricating shop. They led Scott down the right path and taught him the value of hard work. Today, Scott likes to spend time with his family, whether that includes working on projects around the house and yard, tinkering on engines in the garage, or going on motorcycle rides around the country with his wife.