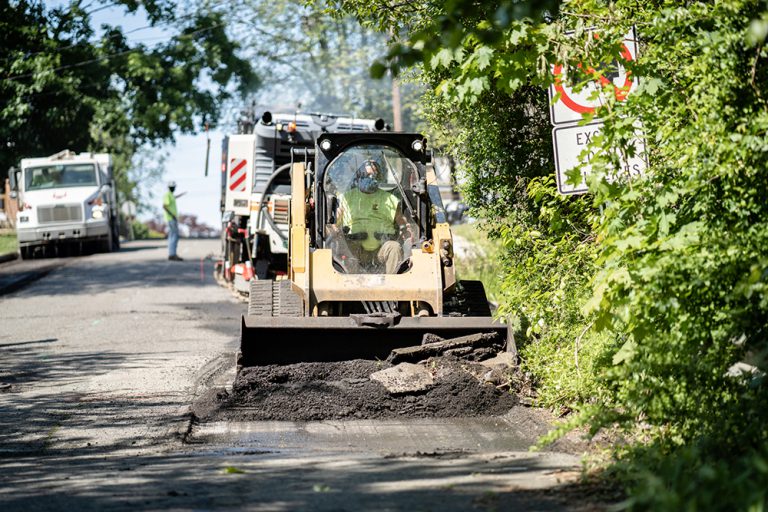 Rob started with Berg Construction in July 2017, and he is an operator in our paving division. A graduate of Upper Merion High School, Rob attended Villanova University for two years. At that point, his friend finished his engineering degree and started an excavation and paving company in Austin, Texas. Rob worked under his friend as a full-time pipelayer and learned the whole layout of the company and its operations. Today, he has over 30 years of construction experience.

Safety is always Rob’s top priority when he’s at work. He is also committed to completing jobs in a timely fashion and providing the highest quality of production for our clients. Rob loves working with the great group of guys on his team — “I really enjoy the camaraderie!” He says the best part of being on the Berg team is how “you are not just a number. You’re more like a member of a family.”

Rob’s favorite project with Berg so far was the trails we built at Old Trolley Line Park in Mount Joy. “All of the townspeople who were walking, jogging, and riding on the paths repeatedly expressed how great of a job we did and how much they enjoyed it,” he says.

Rob looks up to his oldest brother, Col. Larry S. Brown, who is retired from the United States Air Force. In his free time, you can usually find Rob spending time with his wife Donna, his two kids, and his three grandkids. When he has time to himself, he builds and restores classic vehicles. Rob also loves racing and travel.