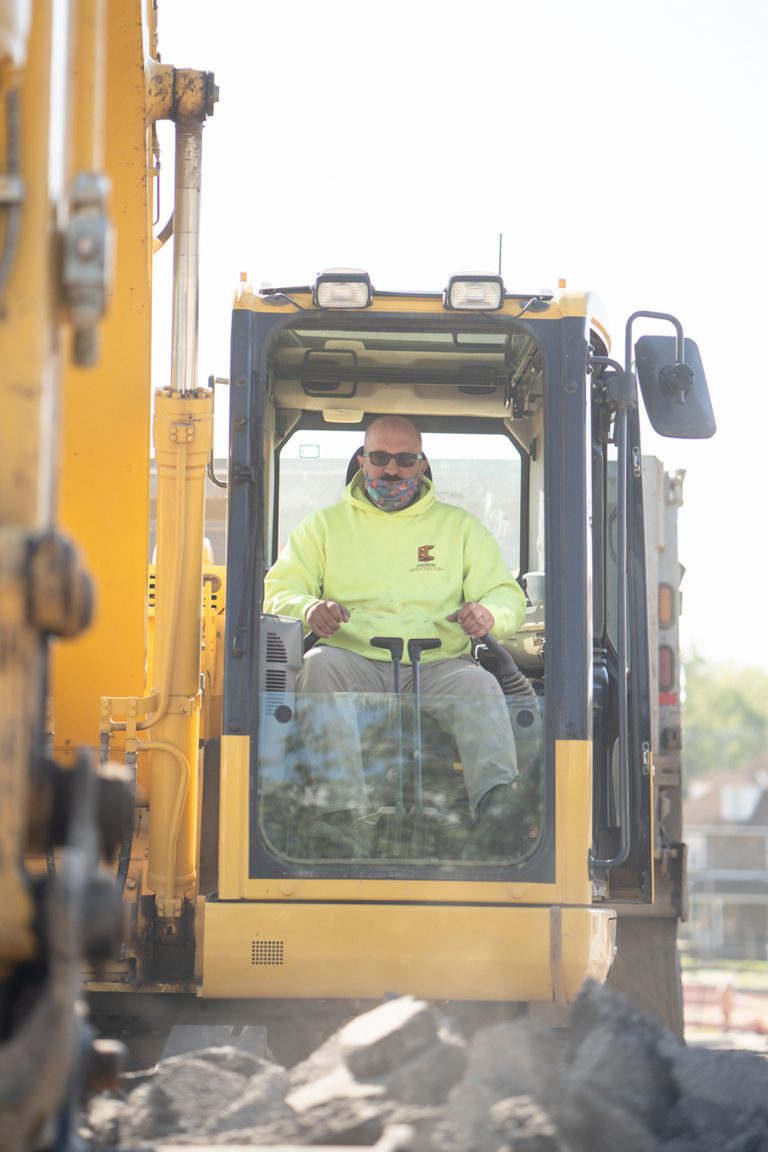 Ben is a foreman who first joined the Berg Construction team in August 2017. He runs jobs, schedules crews, and assigns tasks to our team members. Ben enjoys the challenge of working on several different jobs in one day and the on-the-fly decision-making that comes with that.

He first became interested in construction in high school, as a friend’s dad owned a construction company. After high school, Ben studied landscape contracting at Delaware Valley College. He came to Berg with two decades of experience in construction. Ben’s favorite aspects of working in construction are building and problem-solving. “There are a lot of issues that come up in a day’s time that I have to figure out and move forward with,” he says. “That’s the part I like the most about it. Being able to see something on a piece of paper and apply that to real life is really cool.”

When it comes to his role with Berg, Ben appreciates how “this is a family-based organization.” He likes how the company emphasizes that family always comes first, and how “they don’t work us into the ground here.” Most of the companies he worked for previously expected employees to work for 10-14 hours a day, whereas Berg “obviously still cares about production, but they also make plenty of room for family values.”

Ben’s favorite project as a Berg team member was the Hill School project because “it was a complete mess that we as a crew made look like gold!” The school has been around since the early 1900s, and we lowered the basement by a foot while keeping the building intact. Ben says that “it was really neat to see how we were able to execute the plans.”

Ben looks up to his parents, who taught him that you have to work for what you want in life — a lesson that he’s now passing onto his own kids. “If you want more, you have to do more. Don’t settle for halfway,” he says. In his free time, Ben loves watching his kids play sports. They also spend lots of time hanging out at home or enjoying the outdoors by boating or camping.